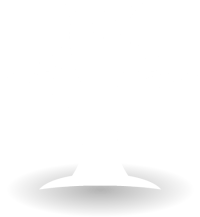 Last week the teaching was to be transformed in Spirit and not conform to the world. Today Paul’s letter to the Romans offers a template of behaviour for the people belonging to ‘The Way’ started by Jesus. In Jesus and Paul’s time the dominate culture was the Roman Empire followed closely by the Synagogue community. Their rule by law was exacting and deviators were dealt with swiftly and most often with deadly force. Belonging to a group that was counter-cultural to the dominant was inherently dangerous.

Paul writes to the followers “let love be genuine; hate wat is evil, hold fast to what is good; love one another with mutual affection; outdo one another in showing honour. Do not lag in zeal, be ardent in spirit, serve the Lord.” as a basic template for living that will set them apart with full knowledge of the potential consequences. In order to be relevant, to have impact and attract followers the movement started by Jesus needed to look and be different. In this context the teaching to love your enemy, turn the other cheek and care for the traveler stood in stark contrast to the norm of the day.

This way of being caught on. As the disciples, Paul and others travelled and spread the word, more and more people came to know that there was a life-giving component to this teaching that was new and exciting and worth following. And the Way of Jesus grew and thrived.

Skip ahead several thousand years. Through events that we, in the 21st century had no part in, we are none the less left with a church that is aligned with the dominant culture. The history of how we arrived here is long and twisted and filled with behaviour that I personally believe Jesus would be horrified by.

What happens when the alternative community becomes the dominant culture?

Eleazar Fernandez in his commentary on this text writes: “It appears that many churches have become so comfortable with the world that they have lost their identity as an alternative community. Driven by the desire for relevance and seduced by the much-coveted three B’s of success (building, budget and bodies), churches have played footsie with the dominant culture without realizing soon enough that they have gone to bed with the culture of domination, privilege, accumulation and consumption. Worship is confused with marketing technique, stewardship with fund-raising, spirituality with meditation techniques, vitality with growth and ministry with programs and services… What the church really has to offer is an invitation to a new community that nurtures believers to live differently and to live out their calling both within the faith community and the wider society. Identity and mission are central here.”

We can look with horror or delight at the USA and the role of churches in politics but we do that at the peril of ignoring our own history. The short story is that our government is based on the British system, which is firmly entrenched with the Church of England. We still have some of that continuing even if only ceremonially in our government. The perception is still that even though we say there is separation of church and state, perception looks different.

Here we are, in the midst of COVID-19 and somewhat successful attempts at new visioning, trying to re-imagine how we can be ‘church’ in our day. How do we ‘let our love be genuine, hate what is evil, hold fast to what is good, love one another with mutual affection, to not lag in zeal be ardent in spirit and serve the lord’? How can we become the alternative culture when we are so tangled with the dominant culture?

On this last Sunday in August I do not have all the answers. I am convinced that the answers lie in the teachings of Jesus to love God, others and self. The idea I would invite you to be thinking about as we re-imagine how to be Christian is this: is it enough to just think about being Christian or is being Christian, a follower of Jesus a daily practice?