Yesterday it seemed painfully obvious that the powers of empire had won, Jesus dead and buried along with his message of justice and hope. The followers of the parade of empire rejoiced and were glad that this annoying Jesus had been put to death.

Today, today as promised (even though we just could not believe) Jesus is alive. Not an apparition but the real Jesus. First to Mary then to the disciples and then to all the community and world.

Two things happened at the same time. First the rag-tag band of disciples and others in the parade of Palms a week ago, were now cheering and shouting praises in belief and glory. Second, the leaders of empire were aghast at how in three days the tides had turned and there was now,  no way to stop the influence of Jesus.

Might is replaced with compassion, swords replaced with healing and justice flows to the least and the lost. What looked and appeared to be all powerful is thwarted by the love of God as revealed in Jesus and his teachings. And we shout Hallelujah!

In our day, especially in these days we need all the words and actions of hope we can find.  I can think of no better way to respond to the global crises currently afflicting us than to follow the counsel of Medical experts and hold fast to the glory of resurrection’s hope. Now more than ever we can take solace in and live out the resurrection teaching of love, hope and forgiveness.

This time we are in, this cocoon time is to prepare us for chrysalis yet to happen or be revealed. We have this time, to prepare. To use biblical language, we are buried and sealed in a tomb and that time seems forever, but on the third day we are reborn, we have new life. This is true for each one and for the planet.

In the midst of our hallelujahs and rejoicing, we are preparing ourselves for what is to be revealed.  As a people of faith we know it can and will happen. My fervent prayer this Easter is for each one of you to hold to the hope that comes from believing in the one who in resurrection glory calls us by name. And may we like Mary, have our eyes opened to see Jesus, now our Saviour. 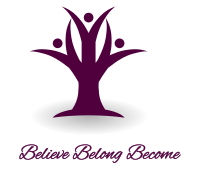